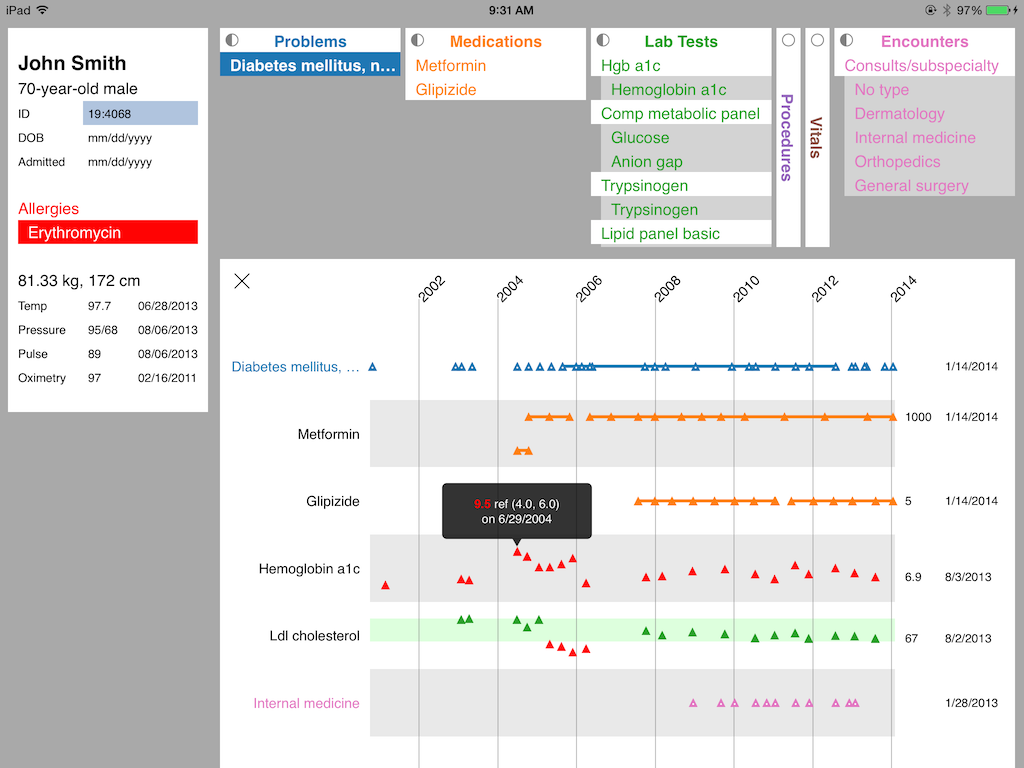 Tablet computers have been growing in popularity and finding their way to workspace. Their ubiquity is attributable to their ease of use and portability, also applicable to hospital work environment. We have designed an Electronic Medical Record (EMR) application for clinical visit preparation task on tablet computers. There are many design challenges due to the limited form factor for both input and output. According to our interviews with physicians, our solution utilizes IBM Watson’s machine learning ability to analyze unstructured clinical notes and create a relation graph of medical entities. With the medical knowledge graph, the system enables easy relation retrieval to show only relevant information as needed in simple and easy-to-understand displays. We informally evaluated our system by walking through sample visit preparation steps from a physician. 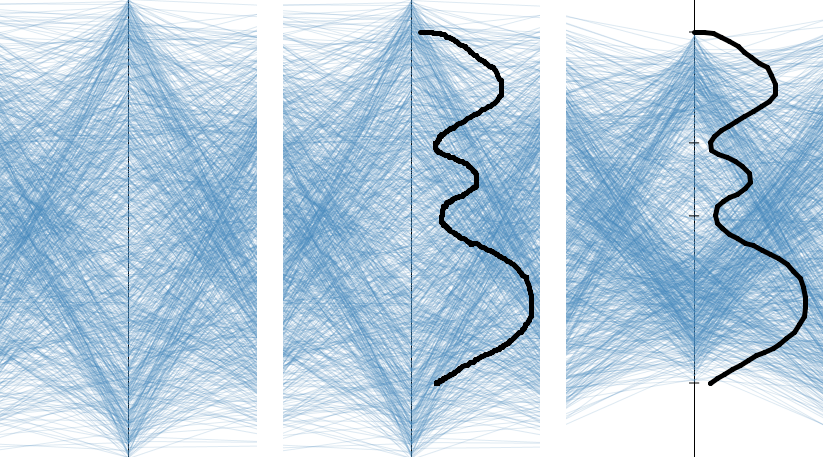 🕹 Demo: The parallel coordinates plot interface is available as an online tool at http://puripant.ruchikachorn.com/sketchpad-nd/

In order to generate data with known and desired features for high-dimensional data testing, we propose a tool that allows users to generate multivariate data directly within the same interface they would also use to visualize the data. We demonstrate our ideas with two well-established visualization paradigms, one based on the parallel coordinate framework, the other based on scatterplots.

High-dimensional data visualization has been attracting much attention. To fully test related software and algorithms, researchers require a diverse pool of data with known and desired features. Test data do not always provide this, or only partially. Here we propose the paradigm WYDIWYGS (What You Draw Is What You Get). Its embodiment, SketchPadND , is a tool that allows users to generate high-dimensional data in the same interface they also use for visualization. This provides for an immersive and direct data generation activity, and furthermore it also enables users to interactively edit and clean existing high-dimensional data from possible artifacts. SketchPadND offers two visualization paradigms, one based on parallel coordinates and the other based on a relatively new framework using an N-D polygon to navigate in high-dimensional space. The first interface allows users to draw arbitrary profiles of probability density functions along each dimension axis and sketch shapes for data density and connections between adjacent dimensions. The second interface embraces the idea of sculpting. Users can carve data at arbitrary orientations and refine them wherever necessary. This guarantees that the data generated is truly high-dimensional. We demonstrate our tool’s usefulness in real data visualization scenarios.